Nike headquarters is the location for an astounding collection of 2014 talent, and for once, WSU is represented. Hooray!

WSU commit Marcus Griffin and four other players the Cougars are believed to be in the mix for are in Beaverton, Ore., today to participate in The Opening, the country's premier recruiting event, put on by Nike.

More than 160 of the country's top 250 recruits are there by invitation to "help athletes improve their knowledge of the sport, learn position-specific training techniques, and ultimately crown a winner for the Nike 7ON tournament (7-on-7), Nike Elite Linemen Challenge, and SPARQ Rating National Championship," according to SB Nation recruiting analyst Bud Elliott.

Among the athletes there is Griffin, a consensus three-star defensive tackle from Bellevue (Wash.) High School who committed to WSU at the end of April. While I won't go so far as to say that Griffin is definitely the first player already committed to WSU to participate in The Opening, I can't find any evidence of anyone else doing it. So this is certainly rarified air for the Cougs. 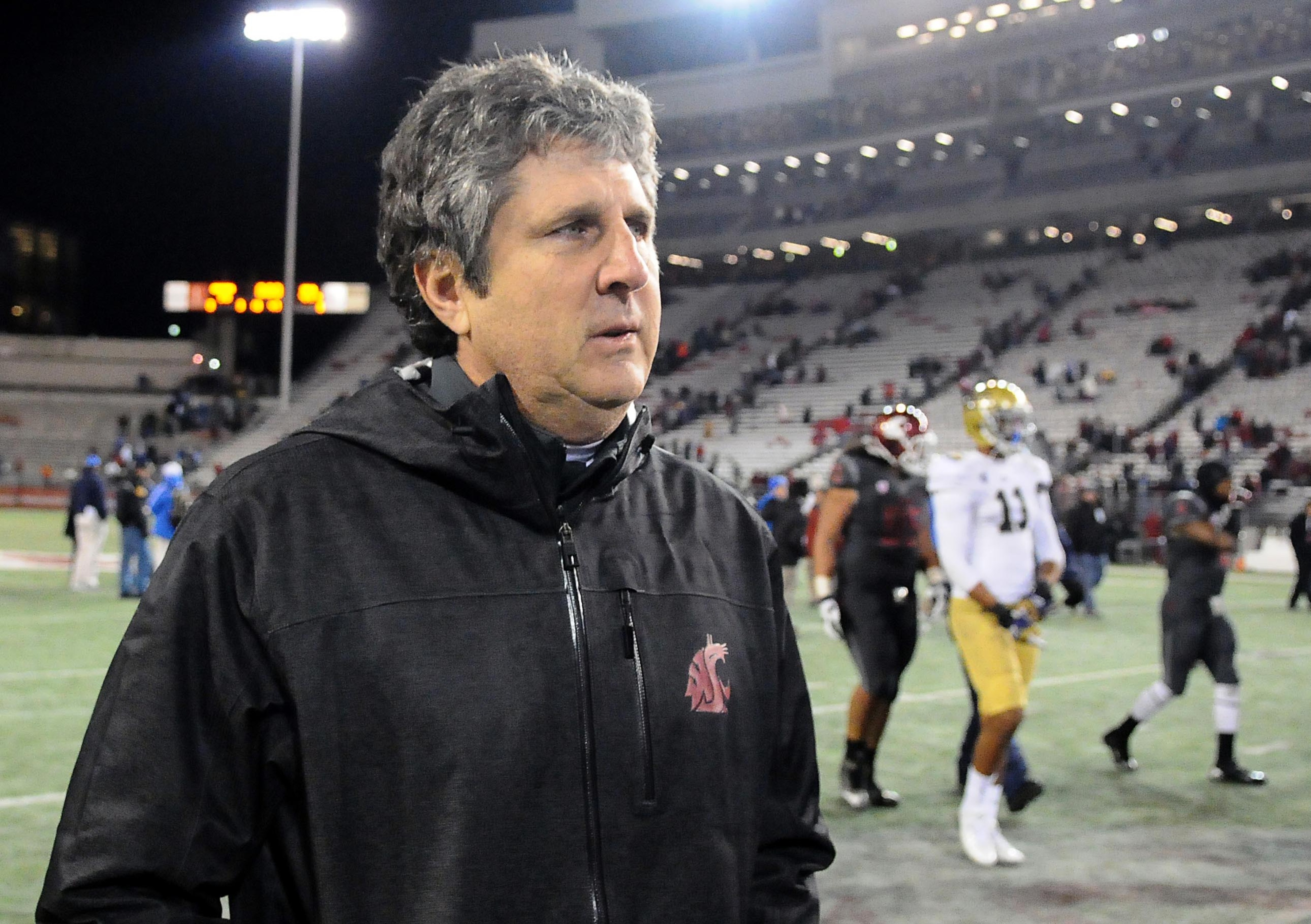 Griffin is extremely strong and gets good push. Even if he doesn't get the sack, he disrupts the QBs timing and occupies more than one blocker. More

Here's what Elliott had to say about Griffin:

DL Marcus Griffin (TheRealMG96) 6-2, 300, Bellevue, Wash.
Griffin was the discovery of the Eugene (Ore.) NFTC where he earned Defensive Line MVP honors. Several scouts felt he was the top attendee of the camp at any position. Griffin had 45 tackles and 13 sacks as a junior and has committed to Washington State over offers from Arizona, Colorado, Colorado State, Idaho and Nevada.

But Griffin isn't the only tie to WSU. There are a number of players there who have offers from Mike Leach and his staff, but according to friend of CougCenter Britton Ransford of WazzuWatch, there are four players besides Griffin that WSU is realistically in the mix for, including one -- consensus four-star cornerback Naijiel Hale -- who will be making his announcement at the event. Elliott's take on Hale:

DB Naijiel Hale (@YoungNateDogg), 5-11, 175, Bellflower (Calif.) St. John Bosco
Son of recording artist Nate Dogg, Hale has been on the map since his sophomore year when he was a CalHiSports.com All-State pick. He was invited after the L.A. NFTC where he impressed coaches with his quick feet and hips. College offers include Arizona, Boise State, Cal, Nebraska, Washington State and Wisconsin.

Hale is not believed to be leaning to WSU.

The others are three-star offensive lineman Kammy Delp, three-star linebacker Joey Alfieri and four-star wide receiver Erik Brown. Here's a look at each of them:

WR Erik Brown, 6-0.5, 170, Fontana (Calif.) Summit
Brown has used several strong performances at passing tournaments and camps--including the Oakland NFTC--to elevate as his stock as one of the top receivers in the country. He has offers from more than a dozen programs including Arizona, Arizona State, Boise State, Cal, Nebraska, Notre Dame, Oregon State, San Diego State, UCLA, Washington and Washington State.

Other players of note at The Opening that WSU has extended offers to include three-star cornerback Terrence Alexander and four-star linebacker Jamardre Cobb.

A number of the week's events are going to be broadcast on ESPNU, and if you're looking for a glimpse of Griffin, your best shot is probably the Linemen Challenge on July 3 from 10 a.m. to 1 p.m. PDT. It's the second linemen challenge, and I'm unclear as to whether the first one is a preliminary of sorts, so don't kill me if he's not on TV on Wednesday. You should, however, definitely be able to see some of the names mentioned above during pool play of the 7-on-7 tournament, broadcast on Tuesday from 12:30 p.m to 6:30 p.m. The 7-on-7 rosters can be found here.

We'll keep an eye on everything for you as the week unfolds.