Utah vs. WSU football: An inside look at the Utes from Block U

How is Utah coping without quarterback Travis Wilson? That and more from the SB Nation blog that knows the Utes best.

Share All sharing options for: Utah vs. WSU football: An inside look at the Utes from Block U

The clash between the Washington State Cougars and the Utah Utes on Saturday (12:30 p.m. PST, Pac-12 Networks) is one of a pair of teams heading in opposite directions.

The Cougs are flying high after pulling off an improbable win last weekend on the road against Arizona, needing just one more win to secure bowl eligibility. The Utes, on the other hand, are in the midst of a four-game slide, made all the more painful by the fact that A) their last win was that thriller over then-undefeated Stanford, and B) their starting quarterback is out for the year.

More: WSU vs. Utah coverage Mayle gets another year The evolution of Mason

Utah's bowl aspirations might be on life support, but they'll be completely dead if the Utes lose to the Cougs. Meanwhile, WSU surely knows that while six wins gets them eligible, the Cougs likely need seven wins to assure themselves of a bowl appearance.

There's a lot on the line. We check in with JazzyUte of our SB Nation brother blog Block U to check in on the Utes' mindset heading into the game, as well as how they might try to attack and defend against the Cougs. (My answers to his questions follow.)

CougCenter: With Travis Wilson being shut down for the year, the topic du jour when it comes to Utah is obviously the quarterback situation. Tell us what Adam Schulz brings to the table and how Utah adjusts what it does in order to accommodate his strengths. 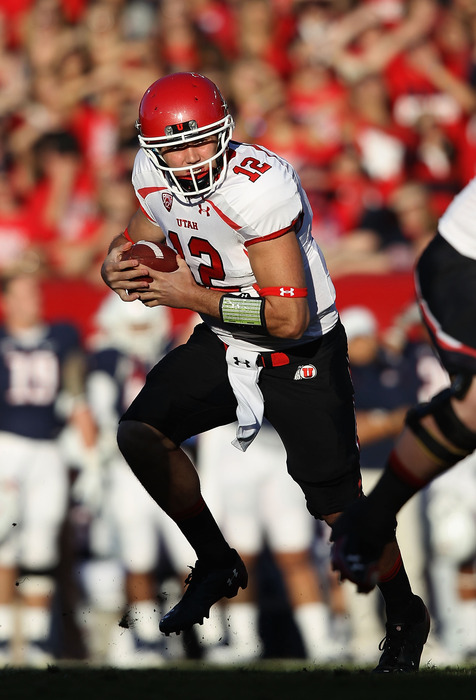 Block U: Adam Schulz has a cannon for an arm, and can definitely throw down field. Unfortunately, accuracy has been an issue, and was an issue against Oregon. He's a serviceable quarterback, and I guess that's all you can hope for these next two weeks. I never feel good being too critical of a Utah football player, especially one who's thrust into a tough role, so, I won't get into his negatives. I think Utah's offense will focus more on the run, but I wouldn't be surprised if Jake Murphy, who returned last week, is a focal point on offense. As tight end, he's extremely versatile and can hopefully bail Schulz out when he needs it.

CougCenter: The rushing attack doesn't wow you with its raw numbers, but Bill Connelly's S&P+ rates the Utes as 29th best nationally running the ball, suggesting the raw numbers have been heavily impacted by the tough schedule. Is it accurate that the running game probably is better than it appears at first blush?

Block U: I think Utah's run defense is pretty stout - though, prior to the ASU game, seemed suspect against spread offenses. I've actually been impressed with the defense as a whole, though the secondary kind of took a step back last week (who doesn't, though, when your opponent is Oregon?). That is one concern this week, considering Mike Leach is known for pass-first offenses.

CougCenter: Dennis Erickson joined the staff this offseason as co-offensive coordinator. In what ways can you see his fingerprints there?

Block U: The offense was, up until Wilson's injury, way more consistent and improved compared to last year. I think there was definitely progress, but unfortunately, everything kind of just stagnated in the wake of Wilson's injury and the offense has pretty much collapsed these past few weeks. Much of this is the worsening of the offensive line, which played decently last week, but also the injuries not just to Wilson, but wide receiver Kenneth Scott and tight ends Jake Murphy and Westlee Tonga. Murphy is back, Scott is out for the season and I suspect Tonga is too.

CougCenter: The defense seems to make its mark by endlessly harassing quarterbacks. Do the Utes do anything schematically to generate pressure, or is it just four consistently beating five?

Block U: Pretty much just that. Utah has had an aggressive defense for a long time that loves to throw out some heavy blitzes. It's really been the hallmark of Whittingham since he joined the program back in 1994 and it's helped build a style that really defines the Utah football team.

CougCenter: Defensively, the Utes seem to have been at their best this year against teams that want to pound the ball. First, is that accurate; and second, how well do you think the defense is prepared to deal with a team passing the ball ~80 percent of the time?

Utah's defense was built to beat Stanford, not built to stop Oregon. ... I'm worried about the secondary.

Block U: Yes, it is accurate. Utah was built to beat Stanford, not built to stop Oregon. The secondary, which looked downright awful early in the season, actually improved as of late, and while I feared ASU would stomp all over ‘em with an array of offensive explosion through the spread, the Utes did well - holding ‘em for pretty much the entire game. Of course, with the offense collapsing these past few weeks, the Sun Devils only needed two drives, really, to win that game.

As I said, I'm worried about the secondary. It's improved, no doubt about that, but I think those early games against UCLA and Oregon State damaged me. It'll be interesting to see how they play this week with so much on the line. They'll need to step up, because, as you've pointed out, Wazzu is a pass-happy team.

Block U: What's the biggest difference between this year's team and last year's? 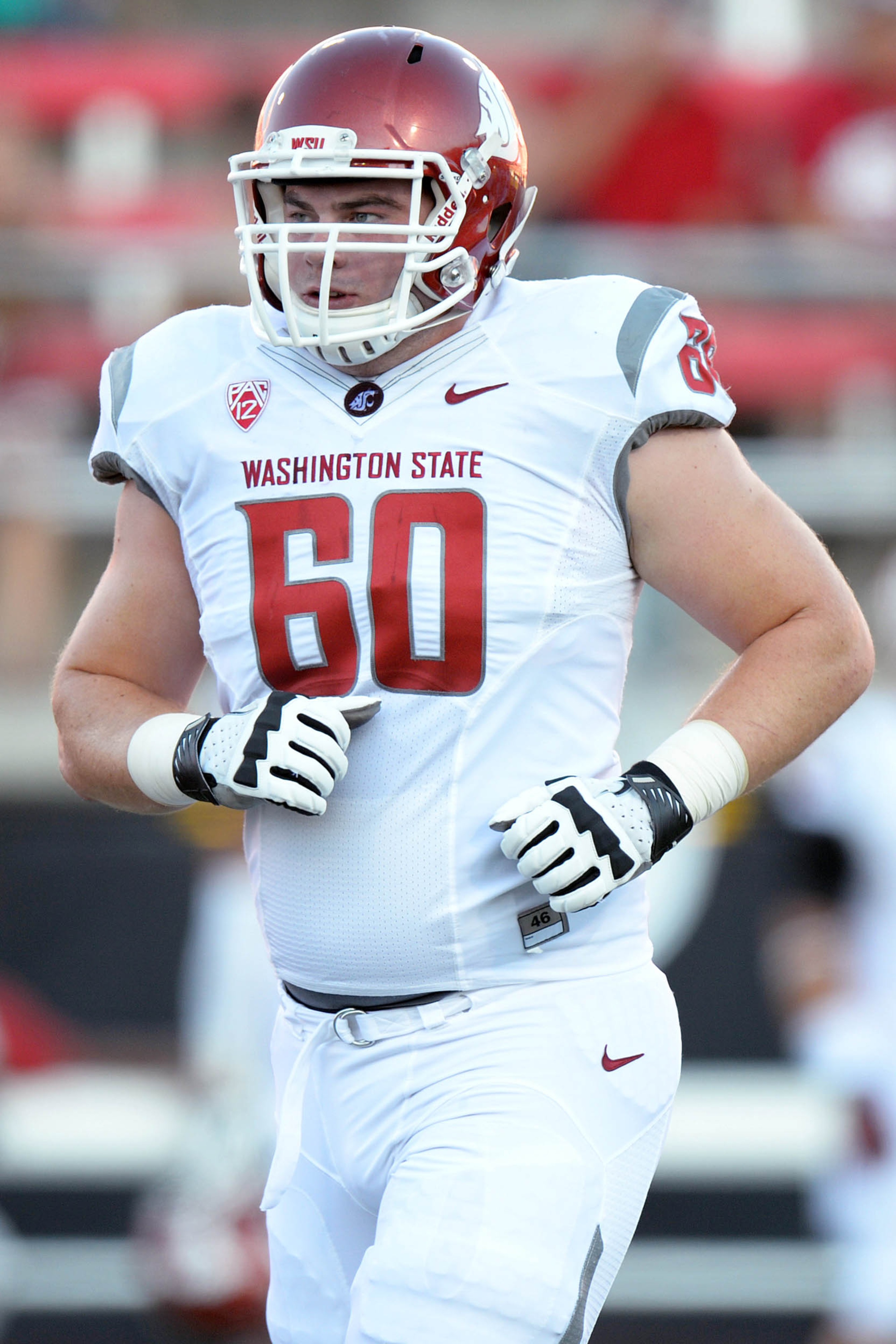 CougCenter: The Cougs are better in a lot of areas, but the greatest change has come about in this team's resiliency. They've been incredibly inconsistent, as rebuilding teams sometimes are, but they've also had this remarkable ability to come back from disappointment with strong performances: The Auburn loss turned into the USC win, the Oregon State embarrassment turned into hanging around with Oregon for a half, the ASU beatdown turned into a road upset of Arizona. I generally stick to things that are quantifiable, but the mental fortitude of this squad is something to be admired. Remember Mike Leach's "empty corpse" comment after last year's debacle at Rice-Eccles Stadium? It seems those guys have been weeded out or toughened up.

Block U: Is there no middle ground with Washington State? They either win - or they get blown out, it seems.

CougCenter: Eh, I think that more has to do with the quality of the opponents. The blowouts have come to Stanford, Oregon, ASU and Oregon State. OSU obviously doesn't belong in that group, but that was sort of a weird deal where the Cougs actually held a lead late in the third quarter before an epic meltdown fueled by some Connor Halliday interceptions let the thing spiral out of control. Narrow loss to Auburn, narrow win over USC, narrow win over Arizona ... those are three games that could have gone either way. And I'd bet that Saturday's game will be more of the same in that way.

Block U: What's the biggest weakness on defense?

CougCenter: The secondary, which has a difficult time staying with anyone, really. It's no coincidence that WSU's best defensive performances have come against the teams with the most questionable quarterbacks. The front seven is pretty excellent against the run when the pass isn't much of an option, which of course gives Cougar fans great confidence going into Saturday with Shulz starting. Second place would have to be the lateral speed of the linebackers. When they can play downhill, they can really thump you -- especially middle linebacker Darryl Monroe. But if you can take away their aggression (as OSU did with its fly sweeps and ASU did with its package plays), it's not terribly difficult to beat them to the corners.

Block U: What's the key to shutting down the Cougars' offense?

CougCenter: I know you'll love to hear this: Pressure on Connor Halliday. Interceptions are his bugaboo, and he tends to make more of them when A) The Cougs start falling behind, and/or B) He's got guys in his face on every dropback. He's been antsy in the pocket throughout the year and he'll sometimes make ill-advised throws in an effort to make something happen if he feels the game slipping away (though he was better on both of those fronts against the Wildcats on Saturday). Beyond his decision making, his mechanics are prone to breakdown when he feels guys at his feet -- he whips out this jump pass where he throws with his feet in the air and his shoulders parallel to the line of scrimmage. These throws often turn into interceptions.

Block U: What type of game do you expect Saturday?

It'll be physical -- I imagine Utah will try to rely on its rushing attack, which is exactly what this Cougar defense is built to handle.

CougCenter: One that probably looks a lot like the one played in Pullman two years ago (although it appears there is no chance of snow this time). It'll be physical -- I imagine Utah will try to rely on its rushing attack, which is exactly what this Cougar defense is built to handle. I think Halliday will throw a couple of interceptions due to the Utes' pressure, but I think ultimately Schulz isn't able to give Utah enough playmaking from the quarterback position. I see a narrow victory for WSU this time.

Block U: Not a question - but man do I hate Cougars.

CougCenter: Understandable. But I will say that we're a lot more fun than THOSE Cougars!