Despite running out to a quick 21-0 lead, the game was filled with drama as WSU held on for the victory behind 488 yards from Connor Halliday.

The Washington State Cougars are bowl eligible for the first time since 2006 after picking up a hard fought 49-37 victory over the Utah Utes. 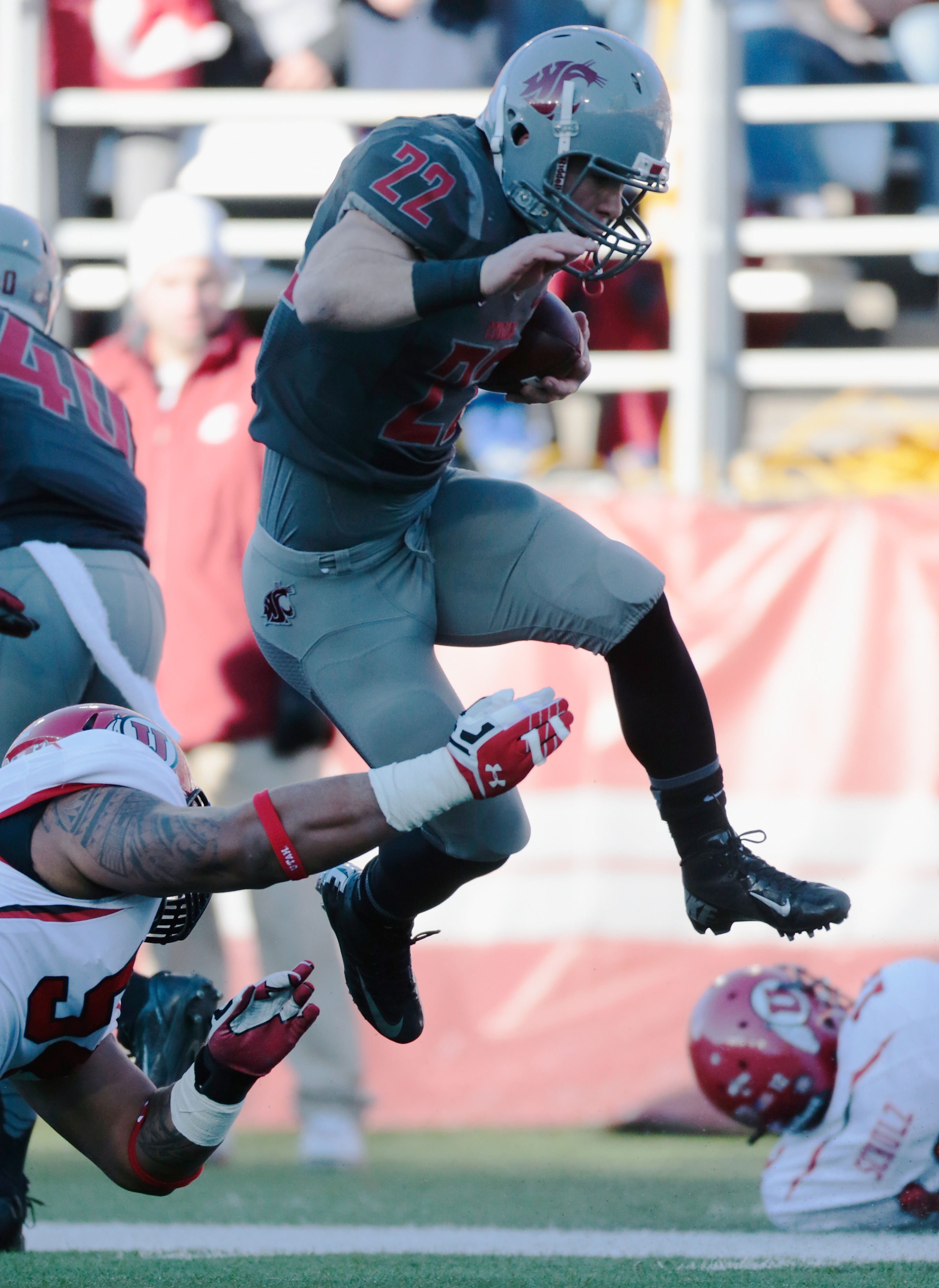 We took a look at possible bowl scenarios before the game against Utah. While we'll update the projections in the coming days, you can familiarize yourself with the possibilities. (Photo: William Mancebo-Getty Images)

It felt like WSU was the better team the entire day, and the Cougars did outgain the Utes 582-481 and score a pair of defensive touchdowns. But critical breakdowns by the defense and missed opportunities by the offense allowed the Utes to hang around.

In fact, Utah had pulled within six points with the ball with about seven minutes to go as the Cougs were clinging to a 43-37 lead after a fumble by Gabe Marks turned into a 64-yard touchdown from Adam Schulz to Jake Murphy on what looked like a simple Y-cross just a short time later.

But the defense stuffed Utah running back Kelvin York on consecutive plays inside the Utes' territory, causing Utah coach Kyle Whittingham to go the conservative route and punt, giving the Cougars the chance to put the game away.

And put it away they did: On a critical 3rd-and-7 from WSU's 29 yard line, Connor Halliday found Dom Williams for a 71-yard touchdown that sealed the victory.

This game was perhaps Halliday's masterpiece. He wound up completing 39-of-62 passes for 488 yards with four touchdowns and zero -- yes, zero -- interceptions. It was his first game without an interception of the season. He was in command the entire day, missing only a handful of throws and making only a couple of obviously questionable decisions. His yardage total would have been even higher were it not for some drops by his receivers.

Williams, though, was (mostly) exempt: In addition to the long touchdown, he made a spectacular catch on WSU's first touchdown while being mugged in the back of the end zone. Williams finished with 154 yards on just five receptions.

It looked early on like the game might be a runaway for WSU. The Cougs scored on their first possession, then ended Utah's next two possessions with interceptions taken back to the house -- first by Damante Horton (his third pick six of the year), then by Casey Locker after a tipped pass landed in his lap.

But Utah would score the next two touchdowns behind York, and it was game on from there. While the Cougs would never relinquish the lead, the lead felt tenuous throughout.

With that, WSU now has one more game left to assure itself a bowl appearance. While the six wins technically make them eligible, the Pac-12 now has nine bowl eligible teams, and only seven spots to fill.

A win over Washington in the Apple Cup would be the sweetest.