Arizona fans sure are a confident bunch

For a basketball school, Arizona fans are really confident about their football team.

Share All sharing options for: Arizona fans sure are a confident bunch

Writing this daily link post, I come across a lot of questionable articles. Whether it's the quality of writing, the subject matter or something else. Typically, I gloss over them and simply keep it moving. Every now and then I come across an article so nonsensical I can't ignore it.

Today was one of those days. 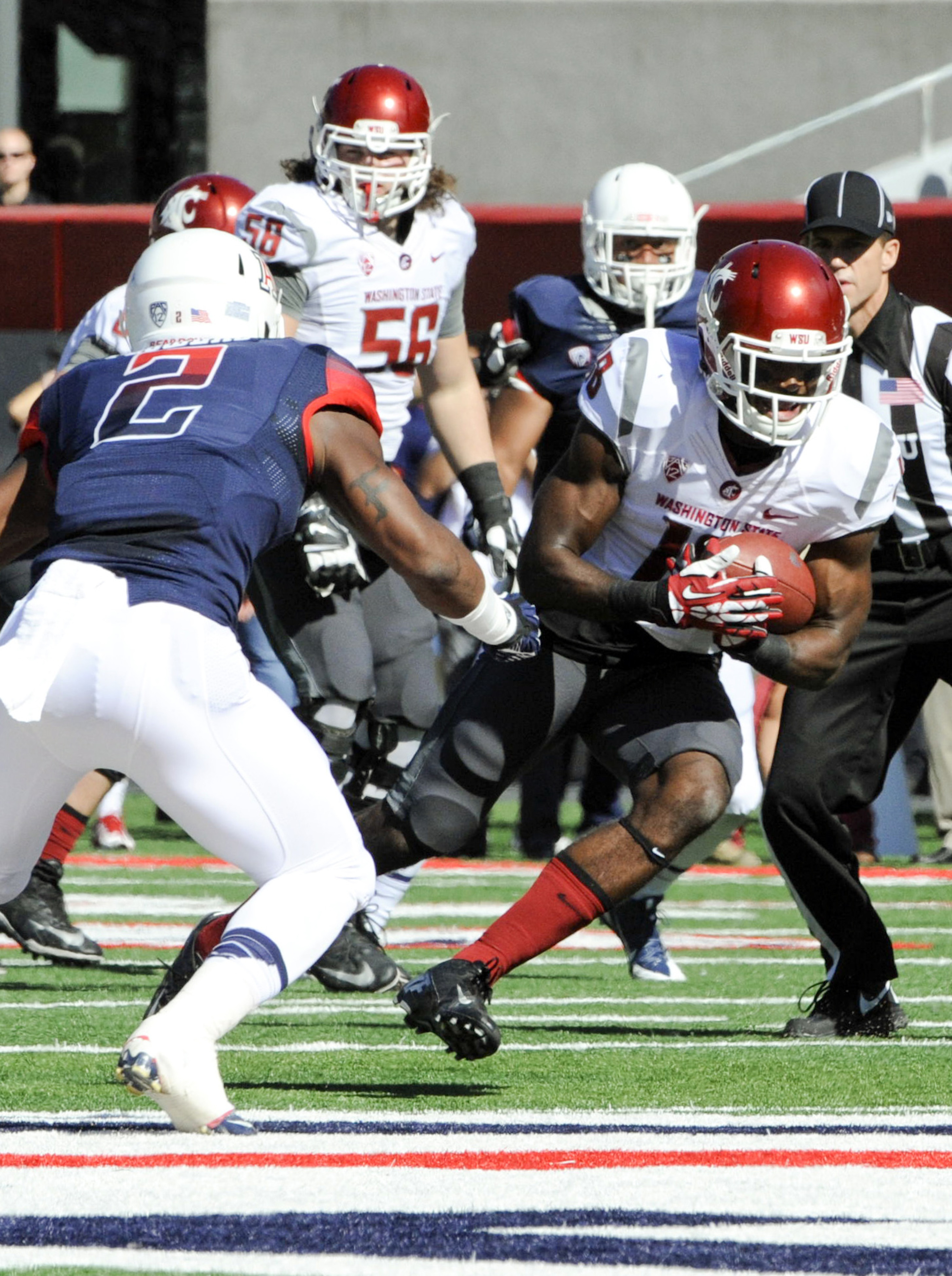 Arizona fan says the Cougs don't keep her awake at night. Perhaps they should have, as WSU scores the game-winning touchdown in the final minutes to pick up win No. 5. (Photo: Casey Sapio-USA TODAY Sports)

The post in question comes from ThePostGame.com and was written by Megan Coghlan, the sports editor for the Arizona Daily Wildcat. I'm usually not the type to criticize someone's writing, good for them, but this article ... man this article. Before we dive in, you can read the entire post here.

The possibility of Washington State beating Arizona this weekend does not keep me up at night. In fact, the chance of the Cougars having any sort of advantage over Arizona is not something I'll ever worry about. WSU, you should be worried.

Arizona has a lot to brag about, not just in football but in many areas. Let me count the ways.

This is off to an excellent start. We find out Megan is sleeping well, WSU fans should be worried and Arizona football has a lot of things to brag about. These are things I didn't know prior to reading this, so I'm learning already.

First, I have yet to meet a legitimate Cougar fan. I may not live in Washington or spend much time there, but the Washington Husky fan base is serious business. Sorry to bring up a touchy subject, it can't be fun living in the shadow of your "rival" Washington. Your program just won't be as relevant as the famed Huskies. I'd like to say I understand what it's like to be the lesser in-state rival, but I can't relate.

Calling the Washington fan base "serious business" was probably the first indication Megan didn't "live in Washington or spend much time there." I'm also surprised she doesn't know what it's like to get the short end in a rivalry since Arizona State has won nine of the last 14 Territorial Cups.

After saying how loud Arizona's 9,000 person student section is and comparing the size of Tucson and Pullman we get this gem.

Butch T. Cougar, you've got your work cut out for you. WSU has no real traditions, nothing to define itself, no rich football history and a sad lack of identity.

College GameDay must not air in Arizona. I wouldn't expect most fans to know opposing school traditions. I don't know any Arizona football traditions, except of course, never going to a Rose Bowl. Arizona has avoided the Rose Bowl at all costs since 1899, none of the other Pac-10 schools can say that. WSU would be going on an impressive 83 years without a Rose Bowl berth, except for it made it in 1997 and again in 2002. You win this round, Arizona.

I'll go ahead and skip over the Pullman weather and "what do you even do" jokes.

While you're here, take a look at our brand new football facility. It's better than anything you'll ever have. There's really nothing about Martin Stadium that stands out in college football. You'll be lucky if your athletics department even considers funding better concessions.

Bill Moos laughs heartily in your general direction. Funding $125 million worth of football projects in a two-year span probably qualifies as a slight upgrade. The Wildcats' $72 million football facility will open next year, the same time WSU opens its $61 million football operations building. But yeah, WSU is totally going to be slumming it in Pullman.

Now let's finally get to the football.

The Cougars haven't been to a bowl game since 2003. Allow me to stomp on your dreams right now, and tell you it's once again just not going to happen this year. It is nice being in a bowl game, Arizona is still smiling about its New Mexico Bowl win just about a year ago.

This Cougar team is so prone to silly fumbles and mistakes, with an intimidating Arizona crowd added to the mix (and yes, you should be intimidated if you know what's best for you), there's a higher risk for flubs. 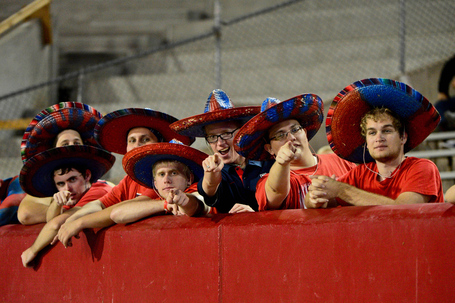 There is some very intimidating pointing going on in this picture. Hopefully someone tells WSU's players to not get scared when people point at them. Also jorts are known to be a popular item in Tucson and who isn't intimidated by people in jean shorts? They scare the hell out of me.

You hold a 4-5 record, which I wouldn't go around boasting about. Sure, you had some tough opponents, but get used to it, you're in the Pac-12. You did however, suffer a pretty embarrassing loss to Arizona State. 55-21? There's no excuse for that. In fact, you've lost by an average of 26.2 points per game. I can't even feel bad for you.

Are WSU fans really boasting about the 4-5 record? I don't understand how someone who is "yet to meet a legitimate Cougar fan" would know about boasting that doesn't exist. Arizona lost at USC and beat Cal by five points on the road. WSU won at USC and beat Cal by 22 on the road. Cal's average loss to non Arizona Pac-12 teams: 29.7 points. Cal's average loss to Arizona: 5.0 points. Embarrassing!

If you're traveling out to Tucson to root on your Cougars, start your search now for places to drink your sorrows away after you increase that losing average.

WSU fans making the trip to Tucson are probably already drinking. They are WSU fans afterall and really the only way to convince a person to pay money to spend time in Tucson is to get them hammered.

That was just a pure joy to read. I'm sure Skip Bayless would love it.

Wildcats’ offense a lesson in evolution - Spokesman.com - Nov. 14, 2013
With 16 days between games, the Washington State football team will have had plenty of time to prepare for Arizona coach Rich Rodriguez’s famed spread offense when the teams meet on Saturday. The problem for WSU is the Wildcats alter their offense so often that even 12 weeks into the season the Cougars can’t know what to expect.

Bucannon at core of WSU defense - Spokesman.com - Nov. 15, 2013
PULLMAN – It was apparent even in 2010 the Cougars had unearthed a future impact player in safety Deone Bucannon.