WSU vs. ASU: Video, notes, stats and quotes from a tire fire

The Sun Devils absolutely whipped the Cougars in every phase of the game. Here are the unhappy totals.

Share All sharing options for: WSU vs. ASU: Video, notes, stats and quotes from a tire fire

Arizona State blasted the WSU Cougars on Thursday, 55-21, and the truth is that the game didn't even feel that close.

The Sun Devils dialed back their aggression on defense, allowing WSU to hold the ball for longer periods of time, and while the Cougar defense did play better in the second half, a pair of special teams breakdowns on punts -- the first a true fake, the second a run of opportunity by the punter -- neutered the effect of a pair of the stops the Cougs did achieve.

Put simply, the Cougs didn't even really show up last night, putting up very little resistance against a team that was prepared and disciplined. Todd Graham said the performance was "very mature, very businesslike," from his players, and I couldn't agree more.

The Cougars -- from the coaching staff on down to the last player who saw the field -- were completely outclassed, and what follows reflects that.

Do WSU fans have a right to expect more at this point? 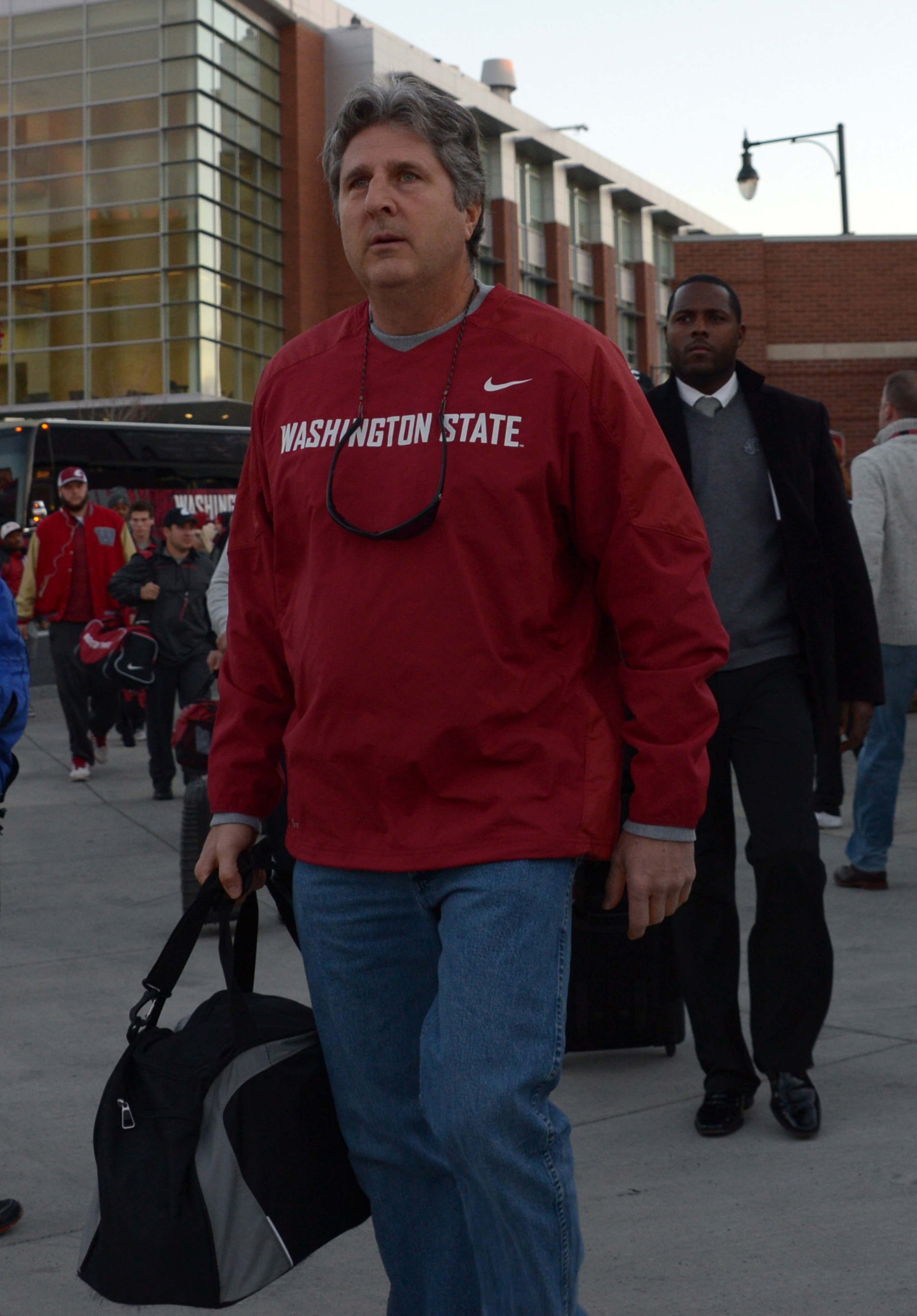 We wonder if having Mike Leach as head coach should have gotten us some better results by now.

On reaction to the game...

"I thought we played hard. We wanted to make too much happen, we hesitated,and in the end couldn't overcome our self­inflicted wounds."

"We try to make too much happen. We spend too much time focusing on our opponent [rather] than our jobs. Something good happens for our opponent and we allow it to distract us away from our job."

On practices not translating into in-game performance...

"Some of it is the maturity of our team. We are a young group and we do things for a period of time. We just have to do them for a longer period of time."

"I think we just need to focus on the next play. It's too tempting to clutter our mind with a bunch of extra stuff. All that really matters is the next play. If you're hit and miss, you end up stabbing yourself."

On reaction to the game...

''I'm really proud of how we came up here and responded- very mature, very businesslike. I'm really proud of our special teams. That was our priority in the off week. Every day we focused that our number one priority was going to be to improve our special teams, and I thought we came out and really had our best performance. They've got some good players, and obviously a very difficult system to stop. Our guys did a great job running the football. Taylor (Kelly) did a tremendous job. Defensively our guys did a great job and gave us some big plays. But you have got to give (Washington State) credit. They have really good people and they made some plays on us."

"They couldn't run the ball. If you can't run the ball it makes it tough, and then you get more exotic. Our guys are smart in our system. We are able to do a lot.

"The front four getting pressure on the quarterback and being able to mix our coverages up, I think that was the key. We just played down on them, rerouted them, dropped guys down in the hole, and spun the secondary a little bit. I'm pretty familiar with what they do. I thought we had our guys prepared, and I thought that they executed well."

On making a statement about performance in away games...

"All I'm worried about is that's one more down, and we have five more to go to be Pac-12 champions, and four to get there. We've got another tough road game against a very good Utah team. We have a lot of guys banged up and nothing serious, so I think the four days of rest are going to be much needed."

On being bowl eligible...

''I'm not interested in that. We are interested in winning a championship. We are proud of that,and it's not something we take for granted or be arrogant about. I don't talk about that."

On confidence in offense...

"We are very confident. We have a lot of athletes around us. The offensive line is playing the best I've ever seen them play. They're coming off the football and doing a great in our protections. They get our offense going, and then once that happens it's hard to stop the receivers. We have a lot of weapons."

On making a statement in an away game...

"We came out and got on them fast. That's what we wanted to do. We executed on third down,we ran the football,and we had physical play. In the last two games that we lost, we couldn't run the football. If we can run the football,that's a big success for our offense."

On getting off to a good start...

"It was huge to come into their place on a Thursday night, on Halloween. Everything for us was to come out and start fast and kind of get the crowd out of the way and focus on us, and guys did that."