The Monday After: Looking back at WSU's win over Cal

What did we like? Who impressed? What needs work? We reflect on the Cougs' second road victory of the season.

Share All sharing options for: The Monday After: Looking back at WSU's win over Cal

As I watched WSU beat up on Cal, I couldn't help but think back on the past five years -- you know, when the Cougs were the ones regularly on the business end of these kinds of results.

I know I was one of the people at the beginning of this season who said this team probably was a year away from making a serious push to a bowl game, and now that the team sits at 4-2 halfway through the season, it's amazing how much progress these guys have made under Mike Leach.

Case in point: Comfortably beating up on a Pac-12 opponent -- on the road, no less -- while hardly playing a flawless game. 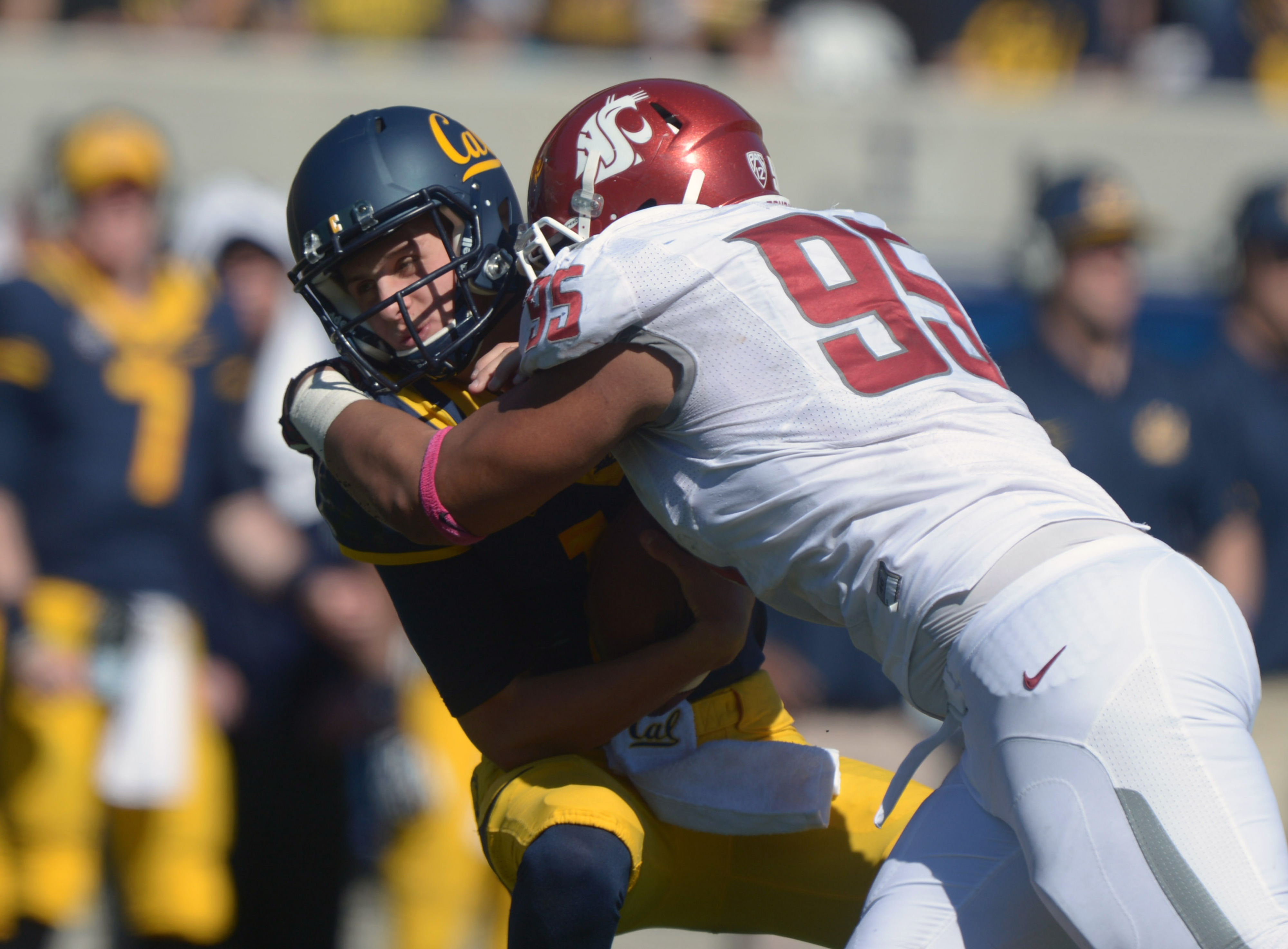 Check out our StoryStream for complete coverage of the big win over Cal.

I'm sure there will be some who argue that says more about how far Cal has fallen amid its own coaching change. I won't argue that the Golden Bears are down; the problems presented by youth and injuries are plain to see. As I alluded to earlier, there's probably nobody in the country who recognizes this phenomenon better than us.

But if there's something we all know better than everyone else, too, it's that it really didn't matter how far down everyone else was, they were probably going to curb stomp WSU. And in a season and a half under Mike Leach, we've gone from that to a performance that's a little bit sloppy -- Leach's word, used repeatedly postgame -- but still good enough to win by a handful of touchdowns.

Leach insisted last year that his team was a lot closer to being pretty good than it realized. It appears these guys have caught on.

The offensive line! One of my biggest fears going into the game was that Connor Halliday, suffering from an apparent hip injury, would be under just enough duress to affect his delivery. And we all know what happens when Halliday's delivery is affected.

The worrying was for naught. Halliday took just one sack all day, and that was after he stepped up into the pocket to try and buy more time after being unable to find an open receiver. Thanks to the work of the offensive line -- which started with Matt Goetz at right guard and John Fullington at right tackle for the first time all year -- Halliday rarely was touched and was able to deliver balls with confidence.

My favorite play of the day from the line? On Marcus Mason's touchdown catch and run, left tackle Gunnar Eklund is busting his tail down the sideline to try and escort Mason to the end zone. Check it out to here, where Mason's TD is the No. 2 play of the week.

I don't know when the last time was that WSU allowed one sack or fewer in a conference game (perhaps I should get Mark on the CougCenter hotline), but I can't imagine it was anytime recently. The Cougs now have allowed 10 sacks this season, and while that's still only good for 60th nationally in sacks per game, consider that WSU would generally have around 25 sacks right now at the pace of most of the recent past.

Yeah, they'll occasionally get beat because they still don't always matchup athletically -- the safety was a prime example of that -- but you rarely see them get beat through sheer confusion on a blitz or stunt. What a change. And I couldn't be happier for guys who usually are unsung heroes. 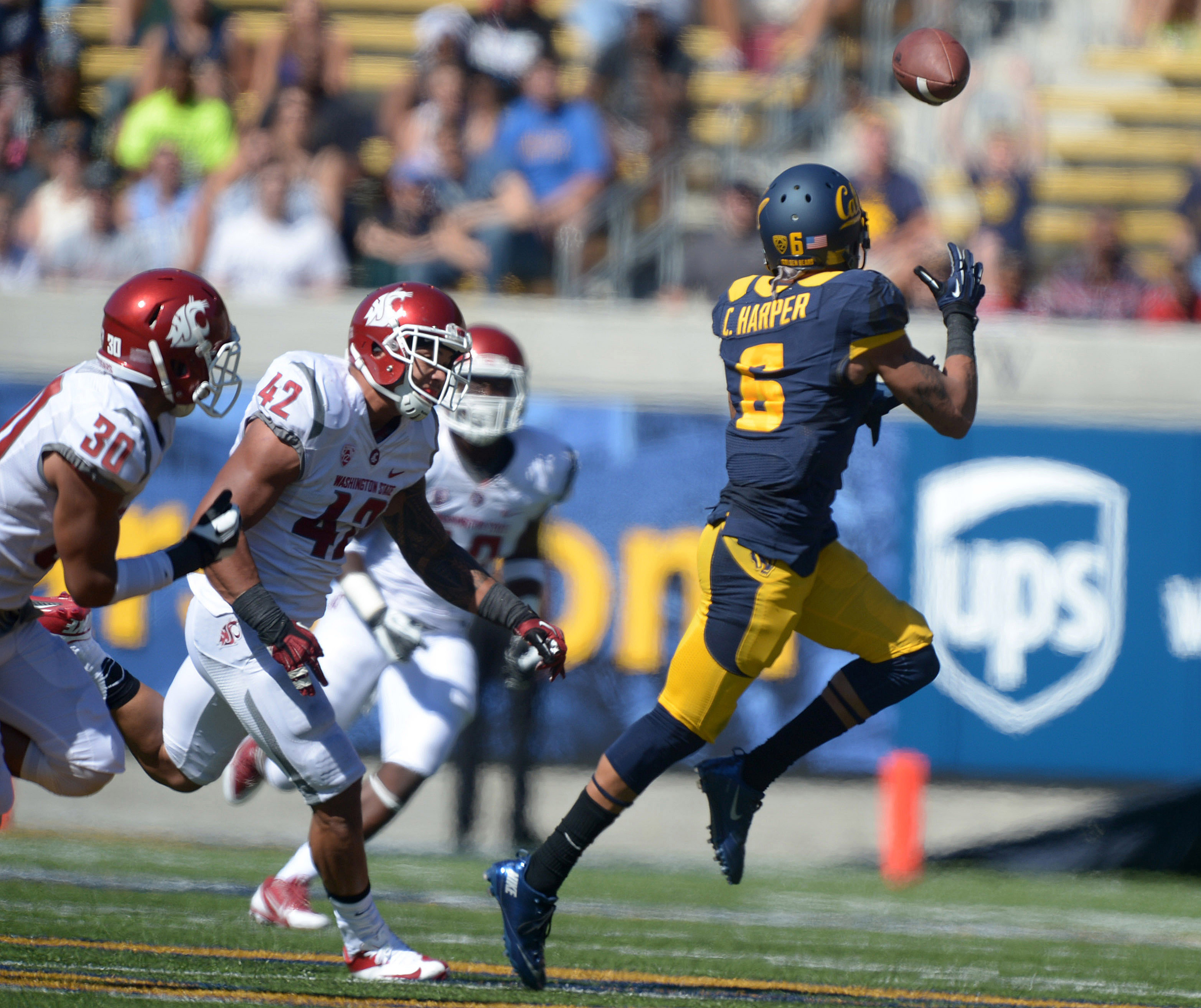 This was too common.

For the second consecutive week, it's the secondary. You thought Halliday had a pretty good day at 7.8 yards per attempt? Jared Goff's YPA was 8.3 as he ended up throwing for more than 500 yards*. Chris Harper had 14 catches for 231 yards.

*Oh, you thought Goff only had 489 yards? Cal went back and "corrected" the stats, changing a play they originally classified as a run by Chris Harper into a forward pass. And good news! It wasn't an opponent record. That distinction appears to belong to ASU's Paul Justin, who threw for 534 yards back in 1989.

Sure, there were a couple of interceptions, although the second one came from Zach Kline on he meaningless fourth quarter drive. The ease with which the Golden Bears moved the ball up and down the field was alarming, particularly in the first half: Goff was 21-of-34 for 345 yards at the break.

The flip side of that, of course, is that Goff was "just" 12-of-25 for 159 yards in the second half. Anecdotally, it seemed the Cougs were getting more pressure and Goff grew more erratic, but if you believe that doesn't explain all of it, it does lend credence to Leach's assessment after the game that much of what the secondary is suffering from is correctable, with the assumption being that some of those corrections started taking hold in the second half.

I'm going to choose to hold onto that hope with Sean Mannion and Brandin Cooks coming to town. Sigh. 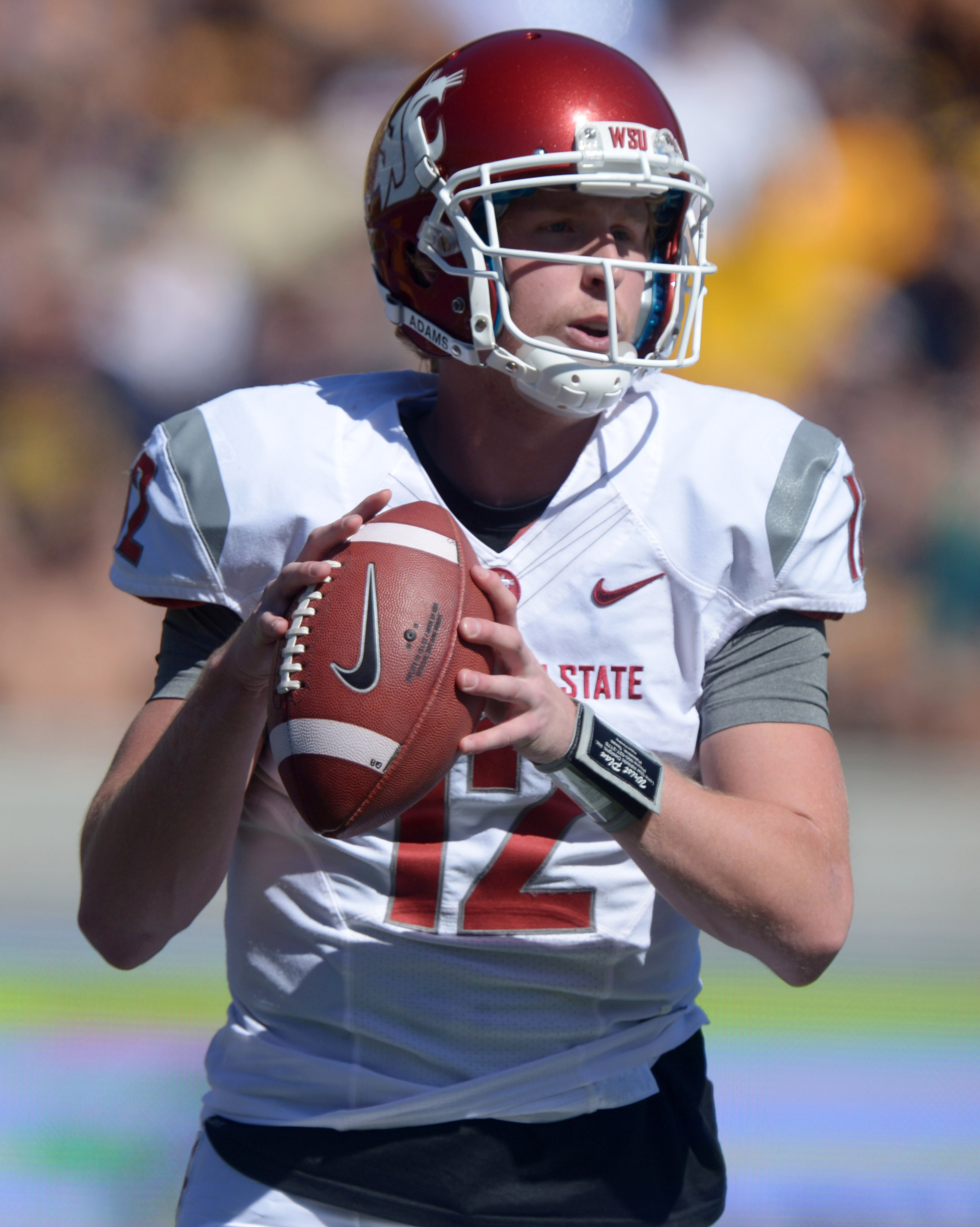 Connor Halliday deserves every plaudit that anyone wants to send his way this week. I'm sure there still will be some fans who want to hold onto their grudges with him, but I'll be frank: Any criticism of Halliday this week is a "you" problem, and not a "him" problem.

He wasn't perfect. He certainly left some yards and touchdowns out on the field, and yes, he threw another interception. But he was plenty good enough to win this game -- as we've been over, no small feat for this program -- and he did it on basically one good leg. He clearly was in pain.

I wondered aloud on Twitter how the halftime break would affect Halliday's hip. How did he respond to the 15 minutes away from the field? By completing 15-of-18 passes in the third quarter for 201 yards. Yep.

Of course there still are things to work on, and you know that Leach and Halliday will be doing that this week. But from a fan perspective, I don't know how you can expect anything more out of your quarterback. He showed his teammates what it means to play through pain, and he ended up throwing for the second-most yards in school history in the process.

We already went over the secondary, so I won't dwell on it. As you can see from the Honorable Mention list in the previous section, there were a lot of individual performances to love. So we'll just leave it at that.

After a couple of weeks away, the Cougs get back to Martin Stadium for their first real home Pac-12 game of the year. Think about that: They have yet to play a Pac-12 game in Pullman and they have a 2-1 conference record. That's borderline unbelievable, given where this program has been.

The Beavers are 4-1, having won four consecutive games after a season-opening loss at home to Eastern Washington. They'd be 5-0 if not for giving up the winning touchdown to the Eagles with 18 seconds to go. But then again, they could be 2-3 if they hadn't beaten Utah in overtime and hadn't been gifted a win thanks to an epic meltdown by San Diego State.

For the second consecutive week, the Cougars will face a pass-happy team. Only this time, it's a pass-happy team with a better quarterback (Sean Mannion) who only has thrown two interceptions, and a better top wide receiver (Brandin Cooks) who is leading the country in receiving yards, receptions and touchdowns. Let's hope Mike Leach is right about the pass defense's issues being correctable.

OSU's defense, however, is much less scary -- the Beavers are 98th nationally in yards per play given up after having played some pretty weak competition. It's not crazy to think there could be 100 points scored.