A quick look back to the last time these two teams lit up the scoreboard.

Talk about entertaining. Last season’s matchup between Cal and WSU was likely the best game played at Martin Stadium during the 2014 season (other than the 38-31 loss to Oregon and the officiating crew). On Saturday the undefeated Golden Bears will play host to the Cougars who were on a bye last week. Before I look forward to Saturday’s game, it is time to revisit last year’s heartbreaker.

On Oct. 5, 2014, Cal traveled to Martin Stadium to face WSU. The Cougs and Coach Leach were 2-3 and one week removed from erasing a 21-point deficit to beat Utah. The line in Vegas was Cougars by 3 and the over/under was 78.5 points.

This game was big play after big play. There were five touchdowns of 51 yards or more. Two of those long touchdowns were kick returns by Cal. Is this the part where I talk about how our special teams has improved? Oh well.

Goff's three touchdown passes in the 4th quarter put Cal up 60-59 with 3:18 remaining. Halliday returned fire, connecting on five passes to help get the Cougars inside the Cal 5 yard line. Mike Leach called two straight gives to Gerard Wicks and called a timeout with 19 seconds to go in the nail-biter.

The Cougs lined up for the game winning field goal on 3rd down and field goal kicker Quinten Breshears missed the attempt wide right. The snap was low and too much for Isiah Myers to handle cleanly, and just like that, the game was over. After 4 hours of trading blows WSU had fallen short.

The Cougs would finish the season with only one more win and were well on the way to an underwhelming 3-9 campaign. Cal would lose their last three games and finish outside bowl game contention with a record of 5-7.

Even though the Cougars lost, that was one hell of a game. 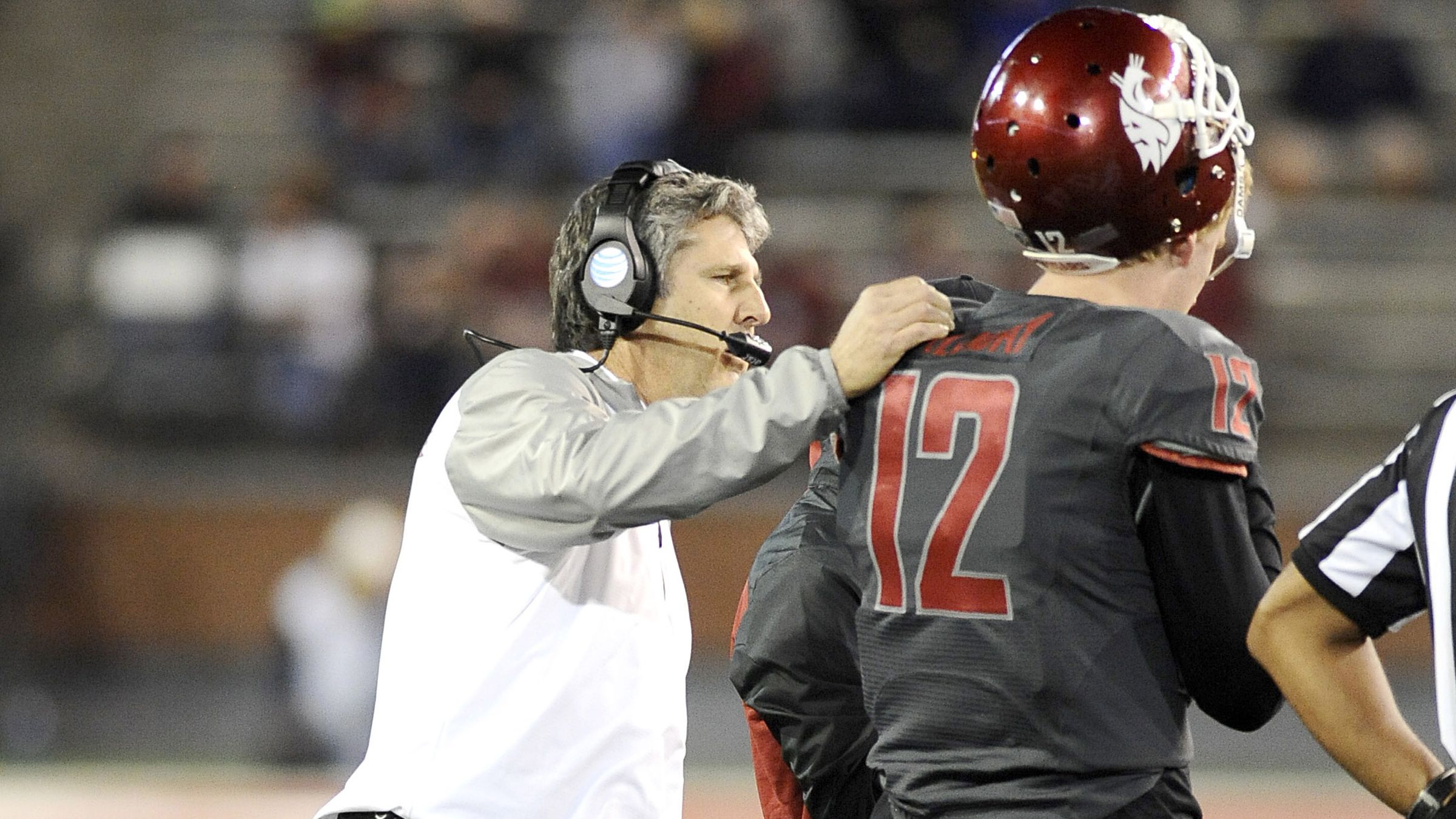 Some quick history between the two teams: Cal holds the overall edge in the series winning 45 out of 71. The Cougars have only won once in the last 10 meetings. That win came two years ago on what is now known as Kabam Field in Berkeley.

The Golden Bears are off to a quick start this season securing back-to-back road wins against Texas and UW. The Cougars managed to fend off Wyoming before their bye week and have used the time off to prepare for Goff and company. WSU needs to get pressure and slow down Cal’s offense. If they cannot make defense stops then we are in store for another shootout.

Hopefully this time WSU will be the ones to come out with the win.