The Monday After: Holy crap that was an impressive beatdown of OSU edition

No, it wasn't a "complete game." But we pretty much don't care.

Share All sharing options for: The Monday After: Holy crap that was an impressive beatdown of OSU edition

On Saturday, WSU won a Pac-12 football game by three touchdowns. Just let that marinate for a few seconds.

We all more or less demanded -- at least as much as fans can demand such things -- that the Cougs prove something to us against Oregon State. Prove that Oregon wasn't a fluke. Prove that Portland State and Cal were the aberrations.

Prove that this program really is going somewhere.

They unequivocally did that against Oregon State. And that's pretty darn exciting, even for -- especially for? -- someone who more or less gave up on Mike Leach's ability to coach just a few weeks ago.

This isn't the first time in Leach's tenure that the Cougs have won a conference game by that kind of margin. But this game was wholly different than that game two years ago in Berkeley, in which WSU led by just six points at the break and actually finished with fewer total yards than the Golden Bears, who were sunk by five turnovers that day -- including a pair of lost fumbles in the red zone.

This was a completely different animal. WSU exerted its collective will over the Beavers right out of the gate in a way we had not seen for any two quarters of the Leach era:

Sure, there was the blemish of yet another special teams breakdown. But other than that, this was total domination. A 2.5-to-1 edge in total yards while holding a nearly 2-to-1 advantage in yards per play? Are you serious?

I mean, this is about as close to a perfect half of offensive football as a team can play:

Seven drives, six touchdowns, all in four minutes or less. Four of the drives covered 69 yards or more. And it would have been a perfect 7-for-7 TDs had the officials not robbed WSU after calling a bogus offensive pass interference on a simple mesh concept where the defender ran into Robert Lewis, who protected himself by slightly lowering his shoulder.

For the first time, the Cougs didn't pussyfoot with an inferior opponent; they curb stomped them and then left them bleeding by the side of the road as they trotted into the locker room, leaving no doubt that they were the far superior team.

WSU finally blew out a conference opponent, and it felt so good

It's been a while since the Cougars did this. Good things are happening.

WSU's homecoming video is pretty much the best thing ever

Is it dusty where you are?

WSU finally blew out a conference opponent, and it felt so good WSU's homecoming video is pretty much the best thing ever

This is the part where I'm sure a lot of you will probably bring up the second half. But I'm not having any of that. The first half showed me all I needed to see, especially in the larger context of the season. Improvement is rarely linear, but WSU's performances are on a clear upward trajectory.

Of course I would have loved to have had them finish it 66-24 or something, but I don't put a ton of stock in the fact that it didn't end that way. Not when the first half performance provided a margin that Oregon State was never going to be able to overcome.

Let's be honest: There are exactly three guys on this roster who were at WSU the last time the Cougars were even in this kind of position after one half of football, and Gunnar Eklund, Dom Williams and Darryl Paulo were all redshirting. These guys haven't played with that kind of lead, and I have the sneaking suspicion they went into halftime and, given a moment to finally reflect, looked at each other as if to say, "Holy crap ... did that just happen?"

Obviously I wasn't in there, but something just felt a little off from the beginning of the second half -- as if they were trying to figure out the appropriate balance between staying aggressive and safely protecting the lead, and then as the offense stalled because of erring too far toward the latter, they tried to get it going again by overcompensating with the former. Thus, the turnovers by Falk.

And, by the way, as bad as Oregon State is ... the Beavers aren't 2011 Idaho State or UNLV. They've got Pac-12 athletes coached by Pac-12 coaches -- including defensive coordinator Kalani Sitake, whom we all would have loved to land after firing Mike Breske -- and they made adjustments and kept playing hard in an effort to reclaim some pride.

And even after all that? The Beavers were only able shave a touchdown off the halftime lead when it came to the final margin.

Sometimes game situations become so weird that I don't think there's a lot to be gleaned. If I was on the coaching staff, I'd be hammering the team about finishing, about being unsatisfied with the first half. But since I'm a fan, I don't have to -- I can just be excited about the fact that my team just did something amazing and rare: The last time the Cougs had that kind of a lead at halftime was against Oregon ... in 2003 .. and the last time they scored 45 or more in a half was against what was then known as Southwest Louisiana State ... in 1997.

Thus, I think the big takeaway is this: We now know what this team is truly capable of. Bill Connelly's S&P+ grades it as an 88th percentile performance, meaning WSU basically played like a top 15 team. They probably won't drop 45 in a half again this year, but they've now displayed the clinical dissection that Leach's Air Raid is famous for when everyone is focused and on the same page. For 30 minutes, the offense was exploiting every weakness OSU exposed, like a movie super villain who tortures his victims by sticking an instrument into an open wound and then twisting it.

And that's got the potential to cause some real problems for Pac-12 defenses going forward.

These guys have now raised the bar, and they've got some opportunities in front of them that were hard to imagine earlier this season. Let's see if they can keep jumping over it.

Since there was so much to like in the game, how about we take a broader view in this portion as well?

We really, really like the fact that WSU is now seriously back in the bowl game conversation. At least a couple of prominent media outlets are projecting the Cougars to go bowling -- ESPN says the Sun Bowl (pictured below), CBS Sports says the Heart of Dallas Bowl. Either one would be just fine by me, although the Sun Bowl would be pretty great because when you look at ESPN's projections, that means the Cougs have finished ahead of Arizona and Washington in the standings by beating them and probably have seven or eight wins.

It's amazing that after Cal, the question was "where in the world is this team going to find four more wins?" Now, the question -- with Colorado and Washington both still on the schedule, and Arizona, Arizona State and UCLA looking incredibly mortal -- is more, "how can they not find two more?"

Wait. Don't answer that one. Just let me enjoy my enjoyment. 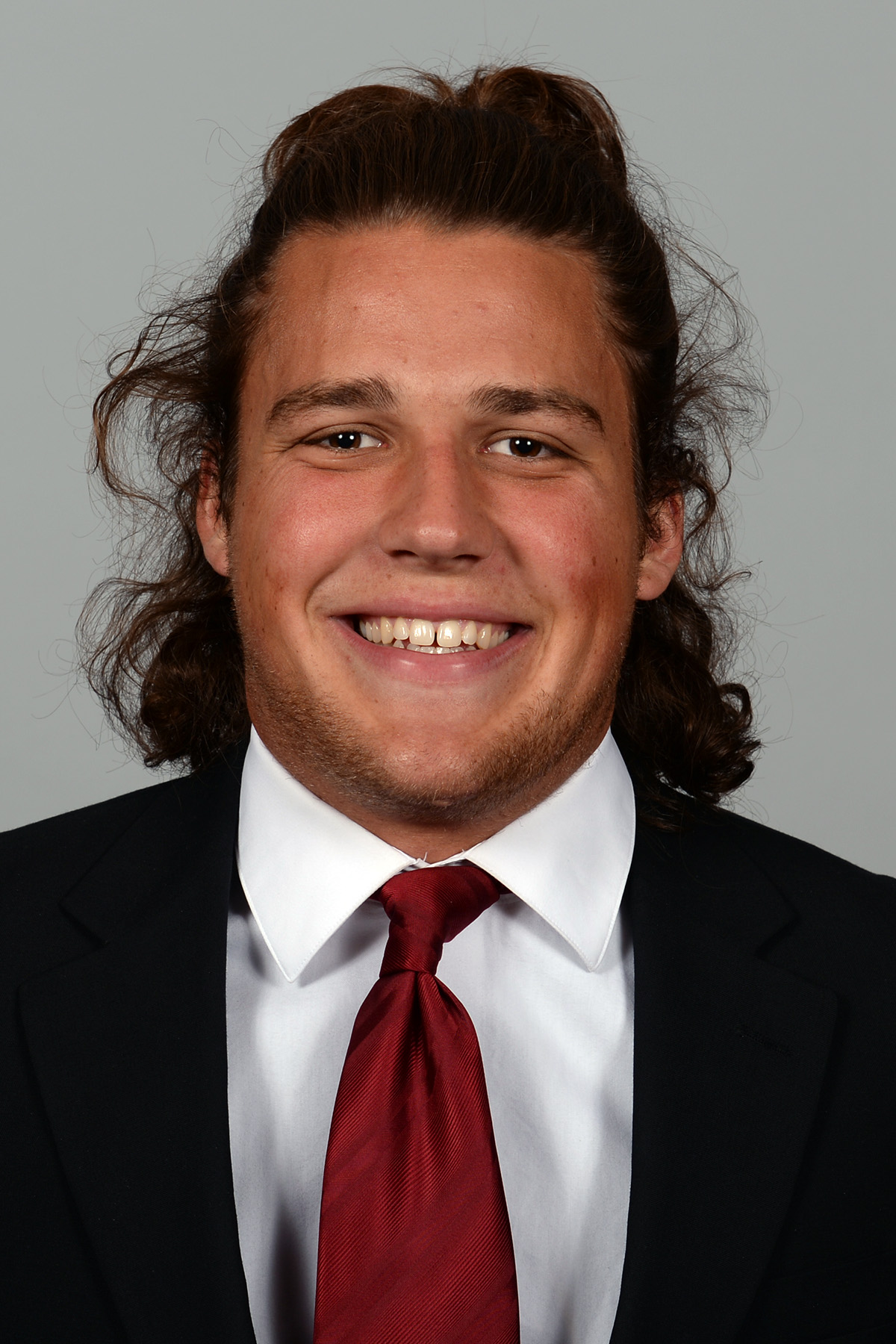 Again, so many to choose from. Shalom Luani is the obvious choice, given his plethora of tackles, big hits and heroics in the final quarter. And Dom Williams was also amazing.

But I'm going to go with a guy who hasn't gotten a lot of press this year who has quietly put together a heck of a season: middle linebacker Peyton Pelluer.

The redshirt sophomore took over for Darryl Monroe midway through last season and hasn't looked back. He's not only leading the team in tackles, averaging nine a game, but he's also second on the team in tackles for a loss with 6.5, has forced two fumbles and broken up a pair of passes.

He and Jeremiah Allison have formed a formidable duo at linebacker, and it's getting increasingly fun watching them fly around an wreak havoc. Like, literally -- they rank fourth in the country in linebacker "havoc rate" (the percentage of plays in which a unit either recorded a tackle for loss, forced a fumble, or defensed a pass).

What Needs to Improve

The Cougs travel to Tucson to take on Arizona in yet another game that represents yet another big opportunity. Win this one, and they're not only one win from bowl eligibility, not only squarely in the hunt for the Pac-12 North ...

College GameDay is probably coming to Pullman for Stanford on Halloween!

I'm being a little facetious with that exclamation point. GameDay's arrival in Pullman is not the end-all, be-all, as neat as it would be. And it certainly doesn't trump the opportunity to actually be in the hunt for something meaningful in the Pac-12 for the first time in over a decade. But it sure would be a cool little (big?) validation of the progress being made under Mike Leach. Progress a lot of us doubted.

Despite their 5-2 record, the Wildcats haven't been all that impressive. They've played five bad teams and beaten them all (by generally not impressive scores) while getting slapped around by the two decent teams they've played -- Stanford and UCLA beat Arizona by a combined score of 111-47.

This is a beatable squad. We'll tell you why as the week goes on.