The Cougars will be major underdogs as they visit Eugene and the second-ranked Oregon Ducks.

The Washington State Cougars face the Oregon Ducks for a Pac-12 North battle in Autzen Stadium on Saturday night. WSU is coming off a blowout, 52-24, loss to the Oregon State Beavers where it held a seven-point lead late in the third quarter. The Ducks got a tough test against the Washington Huskies in Husky Stadium last week, but still managed to escape by a comfortable margin.

The Cougs haven't beaten the Ducks since 2006, but that win came in Martin Stadium. The last time WSU won in Eugene was the infamous 55-16 win over a No. 15 Oregon team that had just graced the cover of Sports Illustrated. 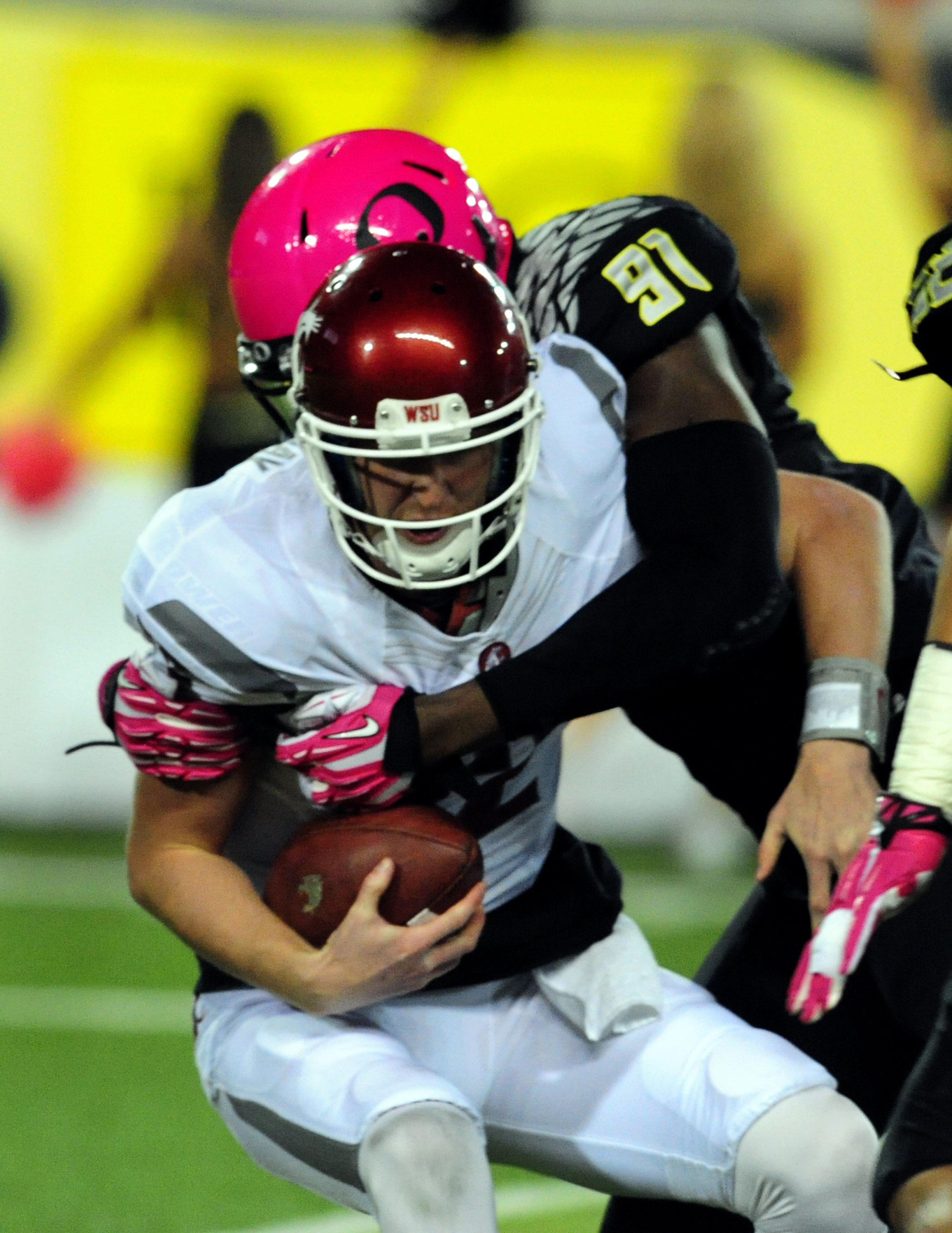 The Cougs hang around for a half, but Connor Halliday throws some more interceptions to blow the game open.

Both teams were ranked then, but it is only the Ducks who hold that distinction in 2013. Oregon checks in at No. 2 in the major polls and is favored by more than five touchdowns.

This game pits the No. 4 team (Oregon) in Football Outsiders' F/+ ratings against the No. 59 team (Washington State). Oregon has the No. 9 offense and No. 14 defense in the metric. The Cougars' offense checks in as No. 76 on offense and No. 49 on defense.

Even though the WSU defense is above-average in the F/+ metric, it has struggled mightily in recent weeks. The Cougar defense would need to play beyond perfect (somehow) to slow down the fast-paced Oregon offense.