WSU's game against Oregon went how many expected it may. The result didn't stop one Oregon coach from having some choice words for Mike Leach. Update: Nick Aliotti has apologized.

Share All sharing options for: Cougars lose and Mike Leach is 'low class'

There was a lot of history made Saturday night at Autzen Stadium. Connor Halliday set a FBS record for pass attempts, while tying the record for completions. He also set a Pac-12 record for passing yards with Gabe Marks putting his name in the WSU record book with 13 receptions.

Watch the comments here at the 5:20 mark

The Cougars, however, weren't the only ones making history. Oregon defensive coordinator Nick Aliotti became the first coach in history to call a losing team classless for throwing the ball. According to Aliotti it's "total bulls**t" to throw the ball late in a game when you are losing. No really. Via Oregon Live:

"That's total (B.S.) that he threw the ball at the end of the game like he did,'' Aliotti said. "And you can print that and you can send it to him, and he can comment too. I think it's low class and it's (B.S.) to throw the ball when the game is completely over against our kids that are basically our scout team.'' 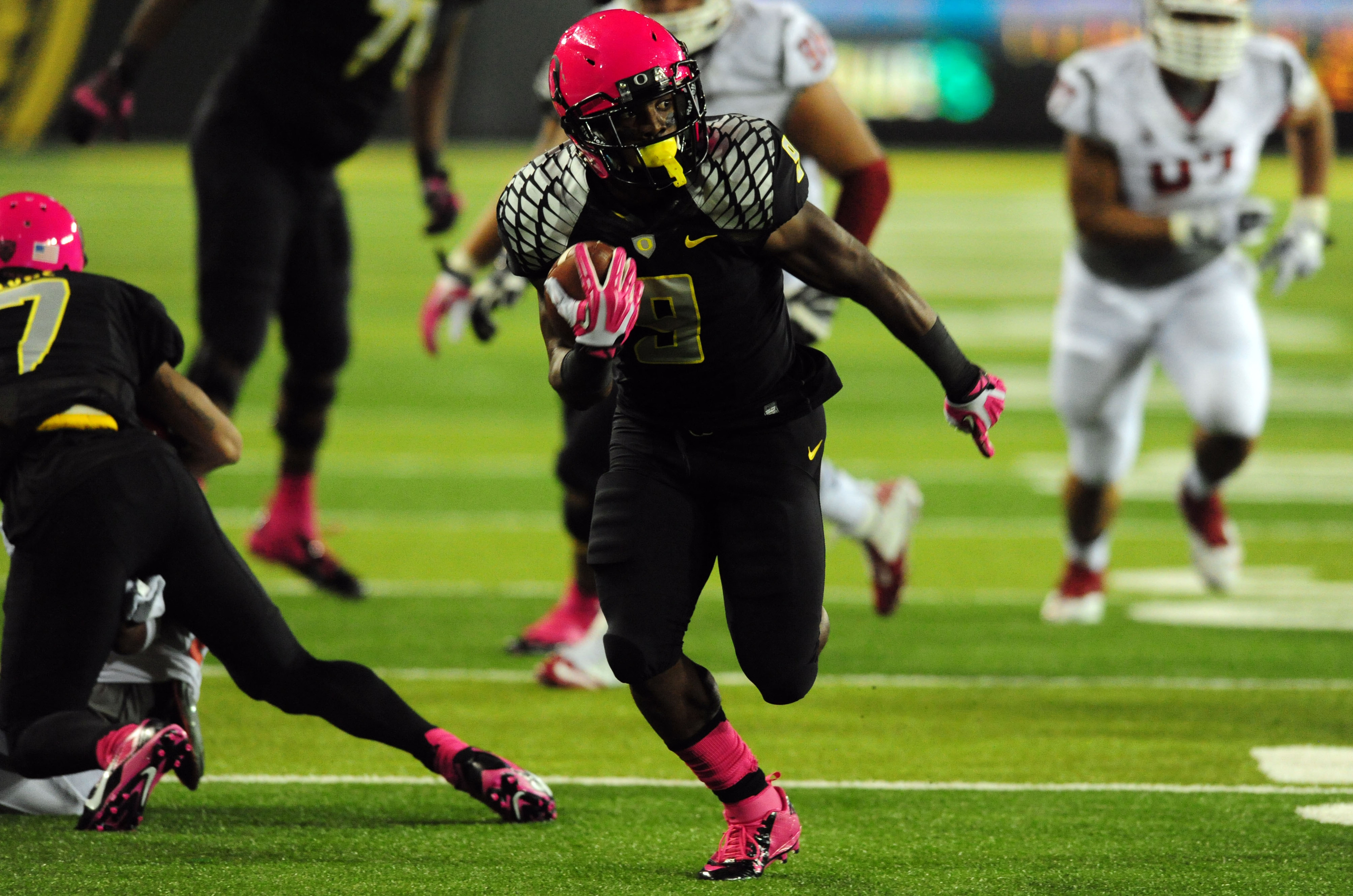 I've heard coaches call out other coaches for leaving starters in too long when they are winning, but I have never heard a coach complain about a losing team keeping the first string in. Apparently it is now offensive to play 60 minutes. If the other team subs out its starters you're a real jerk if you don't do the same.

"I'm repeating myself, but again, in the end he's still throwing at a time when most guys would try to end the game and go home,'' Aliotti said.

Ahh, now this all makes sense. Aliotti obviously had a dinner reservation he missed because the Cougars dared throw the ball instead of taking a knee. A lot of people get grumpy on an empty stomach.

After the press conference I assume Aliotti called Mark Helfrich a classless jerk too. After all, the Ducks called a running play with seven seconds to play instead of taking a knee. Helfrich has some nerve.

Sorry your pass defense stats took a hit, Nick. On the bright side WSU not running the ball late in the game helped your defensive stats against the run!

Turnovers abound - Spokesman.com - Oct. 20, 2013
In the Oregon Ducks’ first six games they fumbled the ball just three times. They matched that in a half against Washington State. Oregon’s façade of perfection cracked early in the face of a fearsome Cougars pass rush.

Connor Halliday has record-setting day in 62-38 loss to Oregon | Cougar Football | The Seattle Times
Into a boiling cauldron of lemon and green – oh yeah, and pink – Washington State’s Cougars ventured here Saturday night, mocked by their status as a 39-point underdog. Heck of a place to rehabilitate a quarterback.

WSU at Oregon: Jacob Thorpe’s keys to the game - Spokesman.com - Oct. 20, 2013
What went right While it’s tough to say Washington State’s defense was successful in a game in which it gave up 62 points and 719 yards, the Cougars’ pass rush had more success than any of the Ducks’ opponents this year. WSU sacked dual-threat quarterback Marcus Mariota three times, and forced him to fumble the ball twice – his first two turnovers of the season.

Ducks intercept Halliday four times | Sports | The Register-Guard | Eugene, Oregon
Oregon’s secondary was busier than ever Saturday night at Autzen Stadium. The Ducks survived a record-setting night from Connor Halliday and added to Halliday’s nation-leading interception total with four interceptions. Terrance Mitchell capped Oregon’s 62-38 win over Washington State with the first interception return for a touchdown in his career.

Oregon Ducks bounce back from early turnovers - ESPN
The Oregon offense started to sputter in the second quarter Saturday against Washington State. Oh sure, the Ducks entered halftime up 34-24, with 483 yards of offense already.