The Cougars offense has shown some improvement over the last couple weeks, but their offensive line will be put to the test again in Salt Lake City.

Share All sharing options for: WSU vs. Utah football preview: Star Lotulelei and the Utes defense

The Washington State Cougars head to the Bee Hive State on Saturday to face the Utah Utes at Noon PT on Pac-12 Networks. The Cougar offense showed some signs of life last week, but the big guys up front struggled mightily in allowing 15 tackles-for-loss against Stanford.

Jeff Tuel and company did show they can move the ball if the offensive line provides any bit of protection, but that line will be put to the test against one of the nation's top defensive lineman.

The Utah defense hasn't been as dominant as they were last season, but the Utes have still done a solid job to support a struggling offense. The good news for the Cougs is that Utah has done their best work against the run. 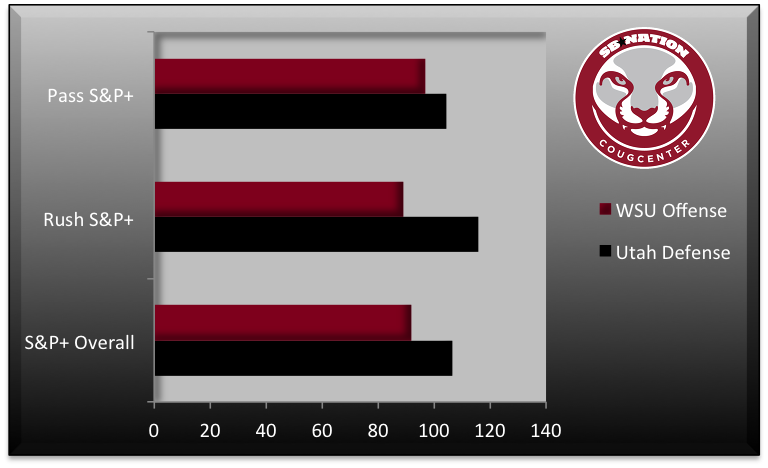 Utah has been above average defensively, and has been able to limit opponents' ground games. Defensive tackle Star Lotulelei has been the driving force behind that success. The 6'4, 320-pound senior is a load for offensive lines. He can occupy more than one blocker, and also has the ability to get upfield and disrupt plays before they start.

Lotulelei has seven tackles for loss and two sacks on the year, both solid numbers for an interior lineman. Washington State's line splits and one-on-one blocking scheme could be both beneficial and extremely harmful against Lotulelei.

On the one hand, Lotulelei should be able to dominate whichever WSU lineman he faces one-on-one. Having a running back in to chip may be necessary at times. On the other hand, the big tackle won't be able to occupy more than one blocker with the wide splits, and there won't be as much room for linebackers and safeties to run free towards the quarterback or ball carrier.

Utah's performance on specific downs doesn't line up well for the Cougs, as their strengths lie in the same area. 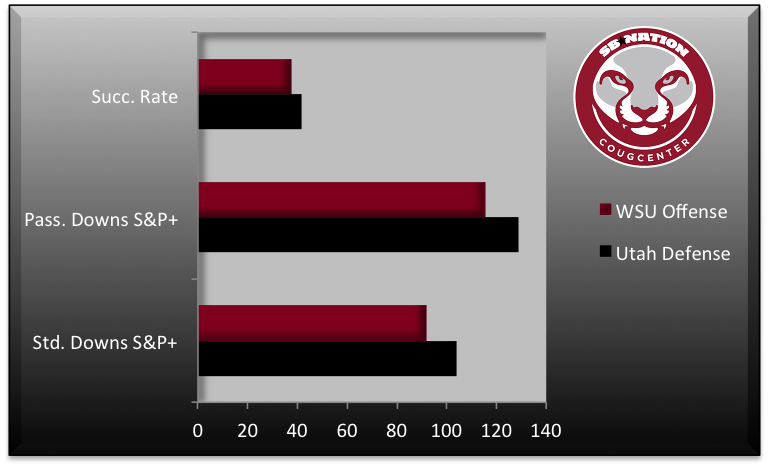 The one category that the Cougar offense has been above average in all season has been performance on passing downs. The Cougs have struggled, especially early in the season, to gain yardage on first and second down. Fortunately, they have been above average at bailing themselves out.

Utah's defensive line against the Cougars' offensive line will be the main focus on Saturday, and the numbers show that Jeff Tuel might not be on his back nearly as often as week ago. 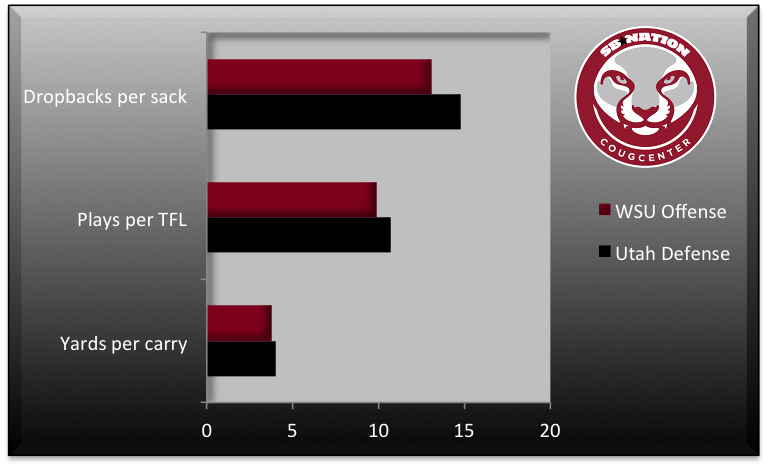 The Utes have been excellent at getting into the opposing team's backfield and tallying tackles for loss, but that has come against the run game more than the pass. Utah creates a play for loss almost 10 percent of the time, but that rate isn't nearly as impressive when the quarterback has the ball.

Utah's tendency towards defending the run bodes well for the Cougs, who obviously won't be handing off much. WSU's running backs will likely struggle the way they did against Stanford, but the offensive line shouldn't be exploited nearly as often when Tuel has the ball.

Last week it seemed that Mike Leach let Tuel show off some of that scrambling ability that made him such a threat his sophomore year. That may not be as necessary against Utah, but the threat of the run may help keep Utah honest. Don't expect anything near the 10 sacks allowed last week.

WSU is definitely facing a good Utah defense this week, but the fact that the Utes are best against the run is encouraging. The Cougars have taken a few steps forward since Tuel took back the offensive reins against Cal, and this game presents an opportunity to finally turn some of that improvement into points.

Still, that big man in the middle is terrifying and is always ready to make game-changing plays.